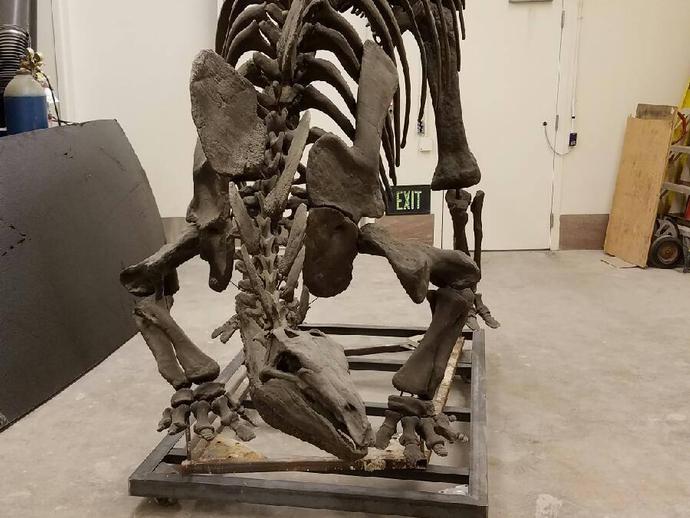 Attention dinosaur enthusiasts! The museum is proud to announce that it will soon be the new home of one of the most iconic dinosaurs of the Jurassic period, Stegosaurus! Museum staff are currently in Washington, D.C. to bring the full-size, cast skeleton back to VMNH from the Smithsonian's National Museum of Natural History, where the original skeleton first debuted in 1917! The display went through an extensive restoration process in 2003, and VMNH staff will spend the coming months making further preparations before Stegosaurus makes its VMNH debut (and celebrates it's 100th anniversary on display!) during next year's Dino Day festival, July 21-22, 2017. Many more details and images to follow!