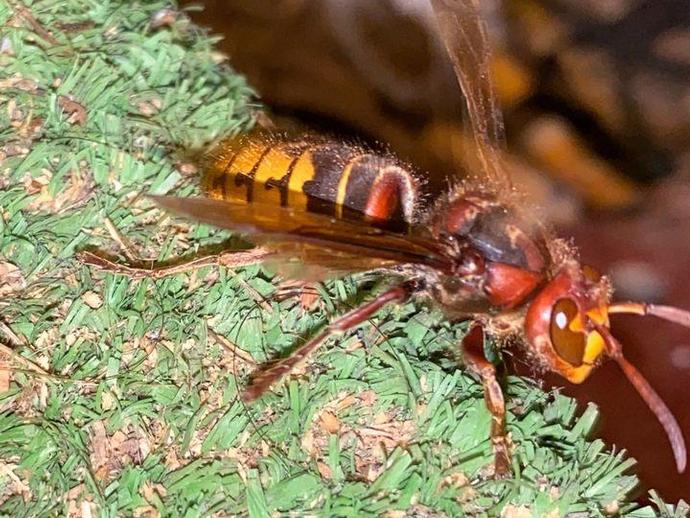 Ben here with another edition of #BenInNature presented by our friends at Carter Bank & Trust!

I was inspired to spend this whole week highlighting some of the stinging insects of Virginia because I've been getting a lot of requests recently for more information on the "murder hornet," more accurately known as the Asian giant hornet Vespa mandarina. Fortunately, the only Asian giant hornets that have been found in the U.S. have been limited to the Pacific Northwest, so they're not a concern for us here in Virginia. However, we do have a hornet that has been frequently misidentified as the Asian giant hornet: the European hornet Vespa crabro.

As the name suggests, these hornets are native to Europe but were introduced in North America in the mid-1800s. Only wasps in the genus Vespa are considered true hornets, meaning this is the only true hornet we have in Virginia. The Asian giant hornet is also a member of this same genus, and the two species do look superficially similar in many respects, although the European hornet is the smaller of the two.

European hornets usually prefer to build their paper nests in hollow tree trunks. While they will sometimes build nests in or near human habitations, they generally prefer to build out in the woods. However, you might see them around your home at night; speaking anecdotally, I've had a number of European hornets visit my porch lights at night but very few wasps of other species.

Despite its fearsome appearance, the European hornet is not terribly aggressive unless you're threatening its nest, stepping on it, or grabbing it. Unless you have a severe allergy, the sting is not medically significant; it's supposed to be on the same level as a honey bee sting.