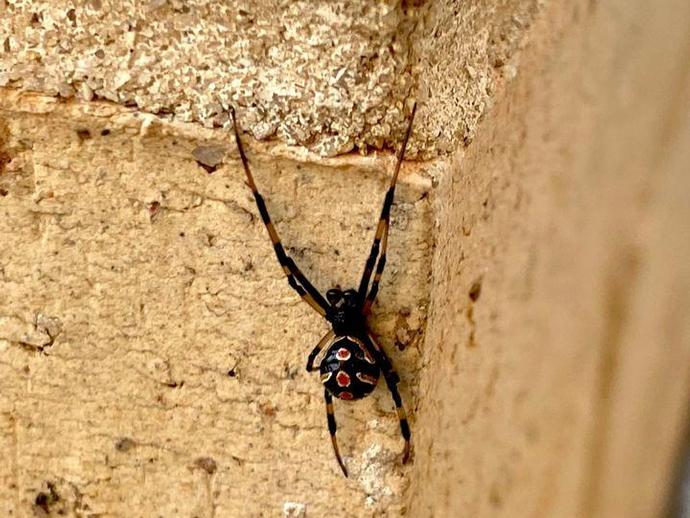 Ben here with the Wednesday edition of #BenInNature presented by our friends at Carter Bank & Trust!

I spotted this little fellow right outside of the museum last Thursday, just a few days after the snow had fallen. Before you get concerned, rest assured that male black widows are pretty much harmless, most likely because they're smaller than females and their mouthparts are either too small or too weak to inject venom into a human. For the record, while a bite from a female southern black widow is certainly unpleasant, fatalities are incredibly rare. A black widow bite definitely isn't a death sentence.

Male black widow spiders certainly aren't rare, but you're less likely to spot them. They have shorter lifespans -- just a few months compared to up to three years for females -- and once they reach maturity, they spend all their time wandering around looking for females. Females, on the other hand, tend to build a web and stick to one spot, so you're much more likely to encounter one.

Black widow spiders get their name from the belief that the females always -- or at least commonly -- eat the males after mating. As it turns out, this is a bit of a myth! At least in U.S. black widow species, the females do not commonly eat the males except in rare instances where they mistake the males for food. This erroneous belief likely came about when these spiders were studied under stressful laboratory conditions. If you've ever been having a rough day at work and been accused of biting a co-worker's head off, you'll understand how such things can happen.