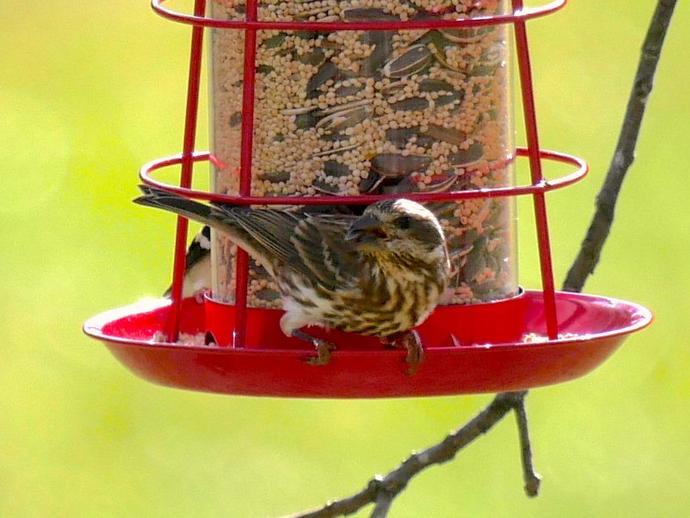 Ben here with today's #BenInNature update! This is Haemorhous purpureus, better known as the purple finch! Upon seeing this photo, you're probably thinking, "Well, it doesn't look all that purple to me." That's because this particular purple finch is a female! Like many birds, the males tend to be brightly colored while the females have duller coloration. I'll share a photo of a male purple finch as soon as I snap a good one!

Unfortunately, purple finches aren't as common in the eastern U.S. as they once were, largely because they tend to get outcompeted by the house finch (Haemorhous mexicanus) in areas where their ranges overlap. The house finch was originally native to Mexico and the American southwest, but they were introduced to the east coast in the 1940s. People sold them in New York City under the name "Hollywood Finches" and many of them were released by the vendors and owners, causing them to quickly become naturalized. They were also introduced to Hawaii in the mid-1800s and can now be found on all of the major Hawaiian islands.

If you'd like to attract purple finches to your feeder, they're big fans of sunflower seeds, thistle, and millet.