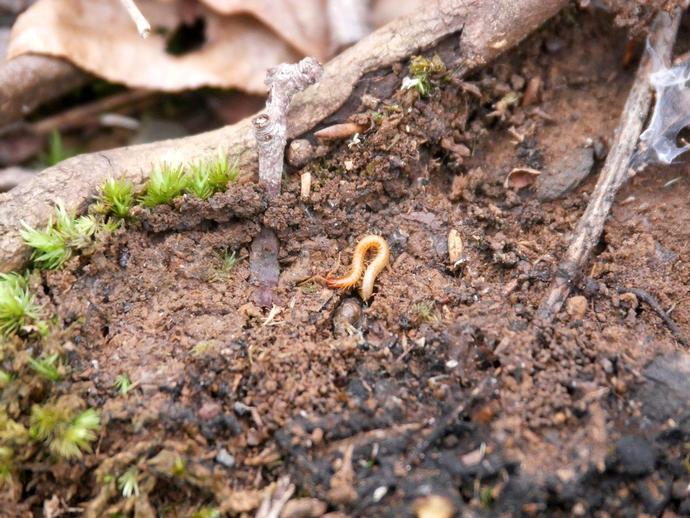 #BenInNature is on vacation! While he's out, we're going to look back at the first daily nature updates from way back in March! The following post was originally published March 26, 2020.

Centipedes aren't the most beloved creatures, but they're pretty fascinating. This is a bark centipede of the genus Scolopocryptops. So what's the difference between a centipede and a millipede? Centipedes and millipedes both belong to the subphylum Myriapoda, and they're both long and skinny and have a bunch of legs, but beyond that, the differences are night and day. Centipedes are fast-moving carnivores; millipedes are slow-moving detritivores (they eat dead organic material, mostly plant-based). Centipedes can inflict a painful, venomous bite; millipedes defend themselves by curling into a tight ball, and some species release a foul-smelling liquid. I found this particular centipede hiding underneath a rock out in the woods. Since centipedes are generally nocturnal, it was probably waiting for night to fall so it could go hunting. If you look closely, you can see this centipede's pincers right underneath its head. The pincers that a centipede uses to puncture its prey and inject venom are actually modified forelegs! Millipedes have a special set of modified legs as well, which we'll be discussing tomorrow. A big thank-you to myriapod expert Dr. Jackson Means for identifying this fellow for me! #BenInNature