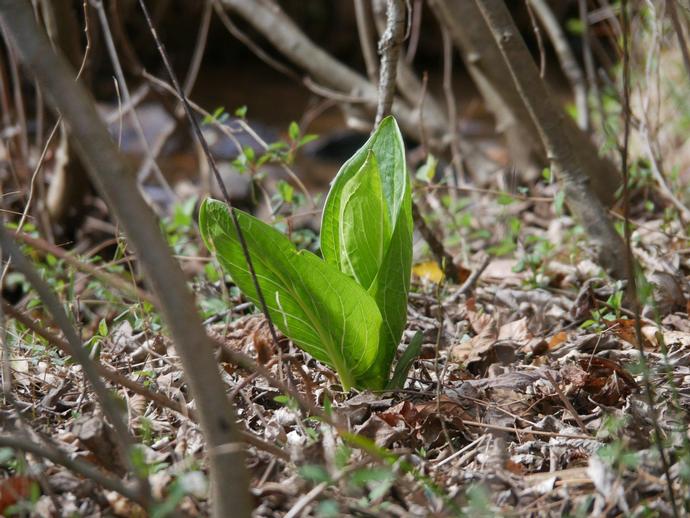 #BenInNature is on vacation! While he's out, we're going to look back at the first daily nature updates from way back in March! The following post was originally published March 20, 2020.

Hey everybody, it's a skunk cabbage! (Look, they can't all be cool salamanders). Symplocarpus foetidus, commonly known as skunk cabbage or swamp cabbage, is a pretty interesting plant. It can be found from Nova Scotia all the way down to North Carolina and Tennessee (while it's pretty common in southside Virginia, it's actually considered endangered in Tennessee). If you break the leaf of a skunk cabbage, you'll quickly understand how it earned its name; it releases a pungent odor, and it also releases a foul smell when it blooms. This stench attracts its pollinators, which include scavenging flies, stoneflies and bees. Perhaps the most interesting aspect of skunk cabbage is that it's a thermogenic plant, meaning it can raise its temperature above that of the surrounding air. It grows and flowers in early spring, often while snow is still on the ground, so it can raise its temperature as high as 63 degrees Fahrenheit to melt the frozen ground surrounding it. #BenInNature