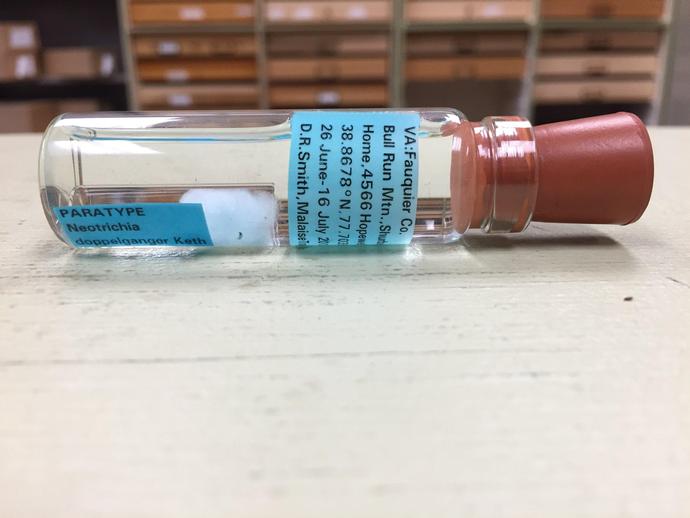 Pictured is a vial of specimens of caddisflies - small aquatic insects from streams. The specimens are Neotrichia doppleganger, a new species described by Andrew Keth, an expert in insect identification. When a new species is identified and described, the researcher will designate a holotype - the specimen that "defines" that species. Every species known has a holotype. If available, paratypes can be designated, as well. They are specimens that were studied during the original investigation of the new species. The holotype was deposited at the Smithsonian, but we are now keepers of paratypes.

This was a new species identified from Bull Run Mountain in northern VA. This shows that we still have much more to learn about our own Commonwealth!