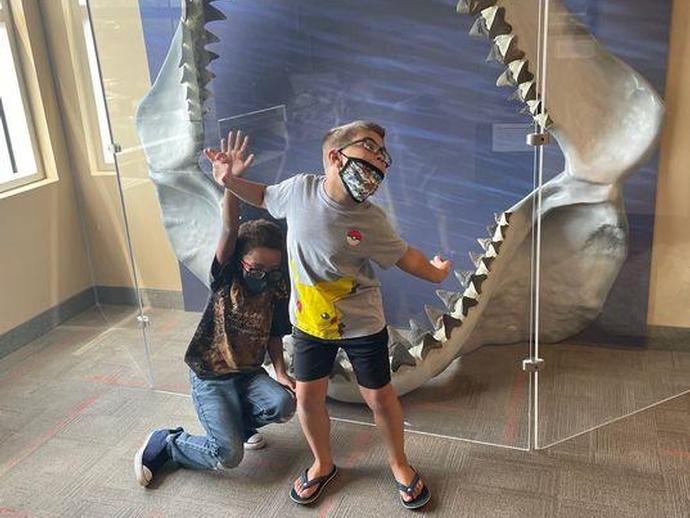 During your end-of-summer beach trips, you won't have to worry about seeing any giant sharks with jaws quite like this one! This reconstructed megalodon jaw, which is currently on display at the museum, contains actual fossil teeth discovered in Caroline County, Virginia. Although the megalodon has been extinct for millions of years, when it was alive, this shark was over 13 times the size of an average 10 year old child!

How do we know so much about this sea creature? Teeth from the megalodon and other sharks are some of the most common fossils, but their bodies were made of flexible cartilage that was rarely preserved in the fossil record. Nearly everything scientists know about these ancient sharks come from studying their teeth and their present-day descendants.