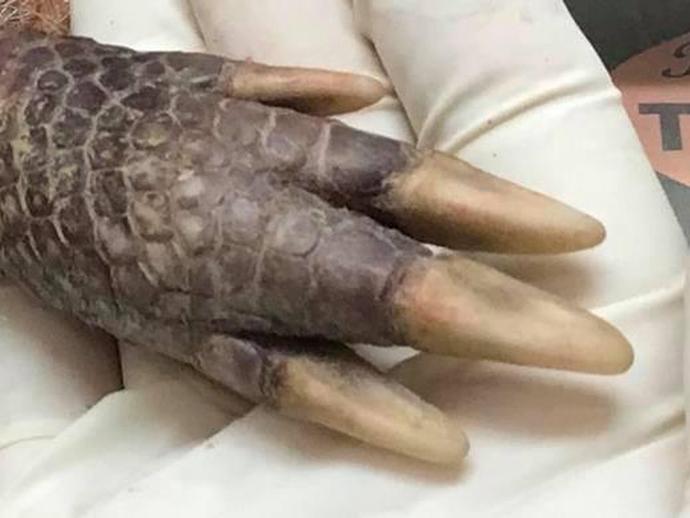 "Armadillos have been recorded in Kentucky and North Carolina and there have been scattered reports of armadillos in the far western counties of Virginia," said Dr. Moncrief. "We just received this specimen last fall and, as part of our ongoing efforts to document animals that are in Virginia and when they get here, we're prepping it for our collections."

While game cameras have photographed armadillos in Virginia in recent years, this particular animal is the first museum specimen from Virginia.

"Photos are great because you can often identify animals from a photo, but having a museum specimen in our collections is the 'gold standard' of evidence that armadillos are here in Virginia," said Dr. Moncrief. "Not only can I study this specimen using current research methods, but I'm archiving it for future generations of scientists, and they'll be able to study it using methods that haven't even been invented yet."