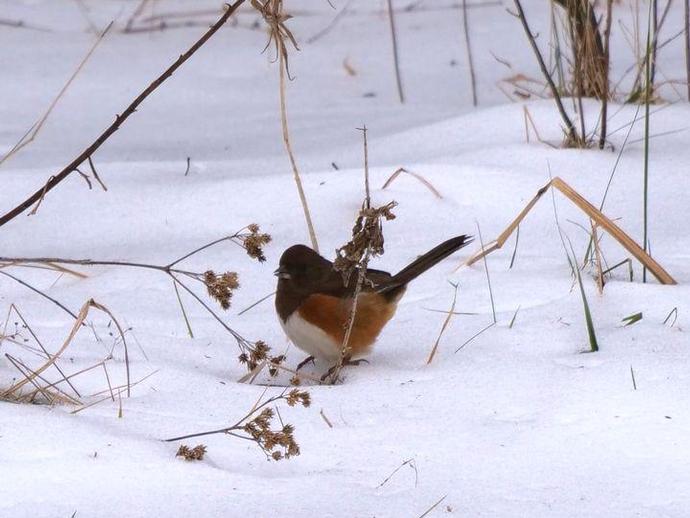 It's time for the Thursday edition of #BenInNature presented by our friends at Carter Bank & Trust!

The eastern towhee (Pipilo erythrophthalmus, and good luck pronouncing that!) is a striking member of the sparrow family, and also a great example of how our understanding of species is constantly changing!

When I was a little kid, I learned a lot about birds from my grandma, and this one has always been one of her favorites. She referred to this bird as a "rufous-sided towhee," so that was what I called it myself. I was surprised when I looked it up a few years ago and saw that it's now called the "eastern towhee." As it turns out, up until the last couple of decades, the eastern towhee (which only occurs in the eastern half of the U.S.) and the spotted towhee (Pipilo maculatus, which only occurs in the western half) were considered to be a single species, the rufous-sided towhee! If you've ever wondered why so many species of birds seem to be favor either one half of the country or the other, it's due to the ice age; when ice sheets split the U.S. down the center, bird populations became isolated from one another and gradually evolved into new species.

If you'd like to spot an eastern towhee yourself, keep an eye on the underbrush. These birds tend to rummage around in the undergrowth looking for food, and they make a surprising amount of noise given their size!