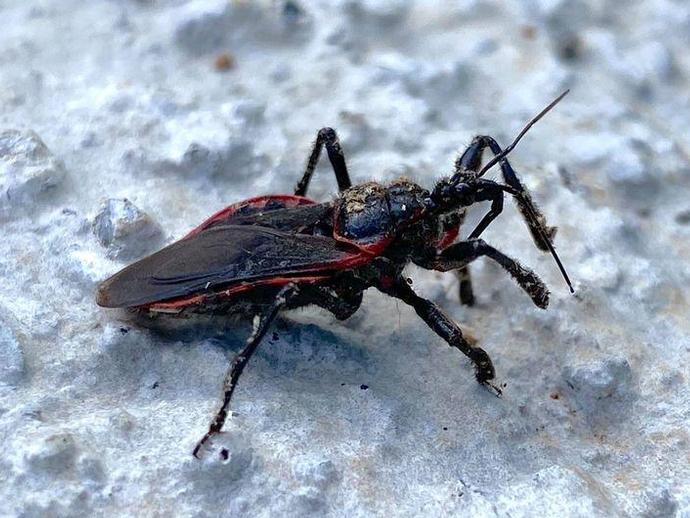 It's time for the Tuesday edition of #BenInNature presented by our friends at Carter Bank & Trust!

Assassin bugs like this Apiomerus crassipes are some of the apex predators of the insect world, hiding amongst the leaves of flowering plants and waiting for an unfortunate insect to come along ... at which point they strike, jabbing their sharp proboscis into their prey and sucking it dry!

Apiomerus crassipes is commonly called the "bee assassin," although that name is a bit of a misnomer. While there are claims that these assassin bugs actively prey on honeybees, there isn't much concrete evidence to support those claims. At the very least, it's doubtful that they have any sort of preference for honeybees, instead striking out at whatever insect has the misfortune to land near them.

The bee assassin's front legs are coated in a sticky resin that helps them grab their prey. While they prefer insects, assassin bugs will bite humans if handled roughly, and the bite is apparently fairly painful (although generally not medically significant). While you should avoid handling them, bee assassins are definitely beneficial to have in your garden as they'll eat a number of pest insects while leaving your plants unharmed.