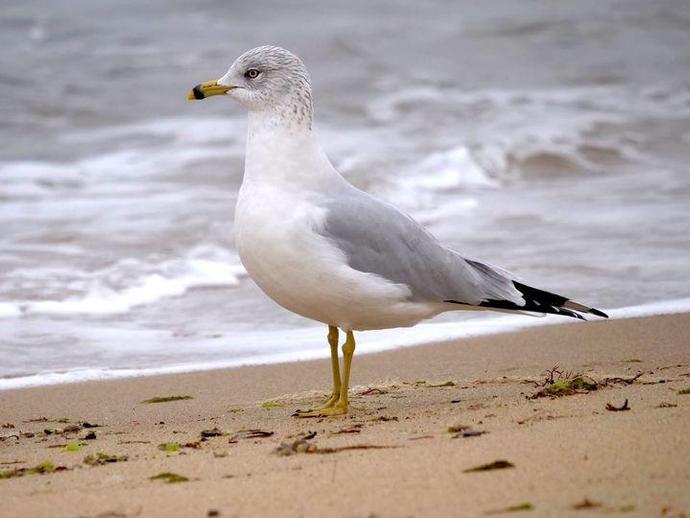 It's time for today's edition of #BenInNature presented by our friends at Carter Bank & Trust!

A couple of weeks ago, I took a trip to Norfolk and woke up early one foggy morning to take some photos of shorebirds on the Chesapeake Bay. I spotted two different species that we'll look at today and tomorrow, starting with the ring-billed gull (Larus delawarensis)!

Ring-billed gulls, which are named for the dark ring around their beaks, were once hunted extensively for their plumage. Today, however, their numbers have rebounded significantly and they're likely our most common North American seagull with a population estimated at 2.5 million birds! Ring-billed gulls are known for stealing food from other birds, and they're quite opportunistic; if you've ever had some of your food stolen by a gull while you were visiting the beach, there's a good chance that a ring-billed gull was the culprit. When they're not stealing french fries, they eat insects, fish, small rodents, worms, and pretty much anything else they can get in their mouths.

Interestingly enough, you don't necessarily have to travel to the coast to see a ring-billed gull, as many of them live miles inland, especially near garbage dumps. In fact, back before the city of Martinsville closed the old landfill, ring-billed gulls used to be fairly common in Martinsville and Henry County!