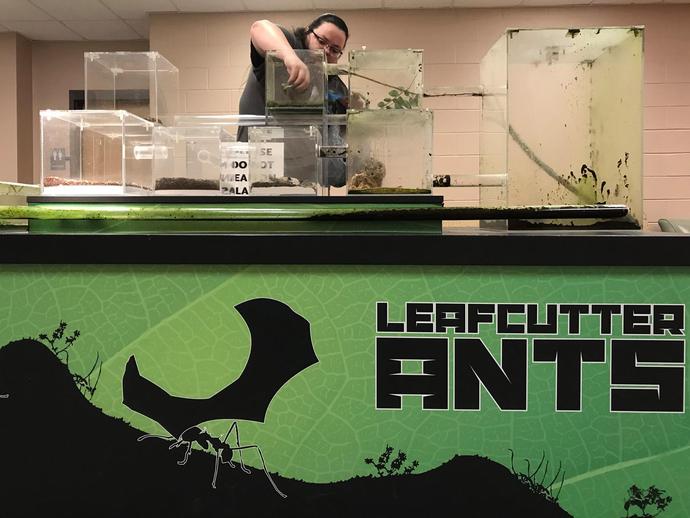 Liberty Hightower, VMNH research technician, fed the museum's leafcutter ant colony today. Even the colony's queen ant made an appearance! Well, her backside did, at least.

We're in the midst of transforming the public space of the Suzanne M. Lacy Education Center into a full-fledged exhibit space! The ant colony will become the focal point of the exhibit "Farmers, Warriors, Builders: The Hidden Life of Ants", which will open Saturday, December 9! The exhibit was donated to VMNH for educational purposes by the Smithsonian Institution at the end of its national tour in 2016. The original tour ran from January 2011 to September 2016.