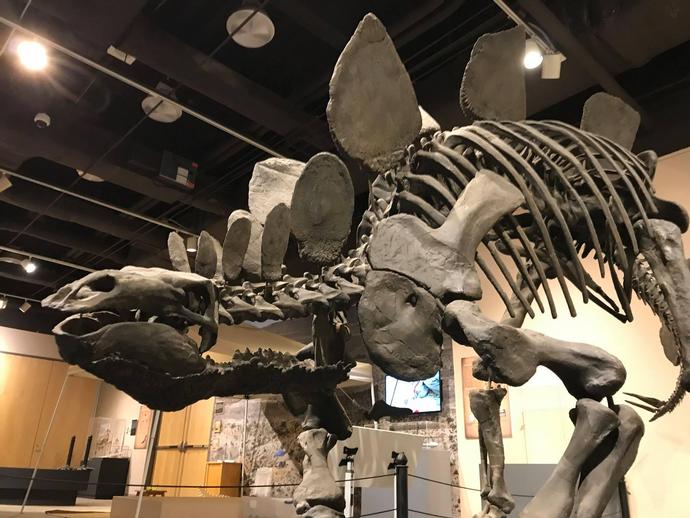 Some of our dinos have escaped! Portions of the Dinosaurs: Reign of the Giants exhibit are being transported to Dayton, Ohio to be displayed at the Boonshoft Museum of Discovery for much of 2019, but don't fret! The massive Stegosaurus (pictured) and Triceratops cast skeletons will remain, along with some amazing dinosaur fossils, including the only known fossil evidence of T-rex and Triceratops engaging in battle! The museum's exhibits staff will also be adding new displays to the special exhibit gallery in the coming weeks. Stay tuned for updates!