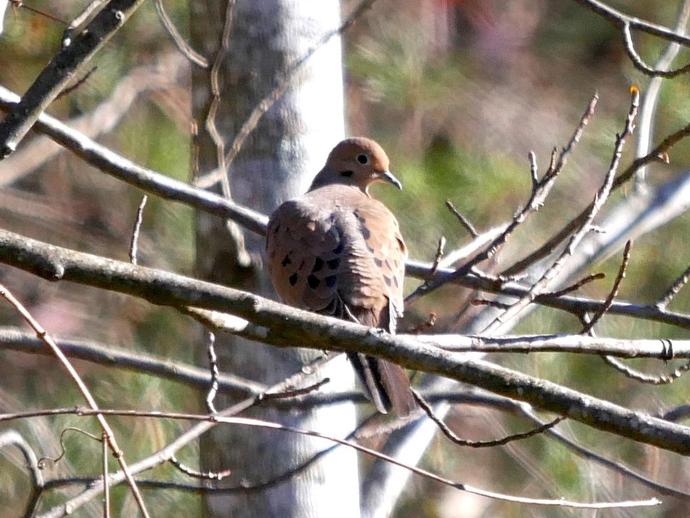 If you see mourning doves feeding, you might notice that they fly away from the feeder every so often to perch in a nearby tree. These doves eat seeds almost exclusively (up to 20 percent of their body weight per day!), and when they find a good source of seeds, they eat a large amount and store them in their crop (an enlarged portion of the esophagus). Once a dove fills its crop, it will fly to a perch to hang out for a bit to let its food digest.

If you'd like to attract mourning doves to your feeder, most seeds will work as they're not terribly picky. However, like many birds, they do seem to have an affinity for sunflower seeds.