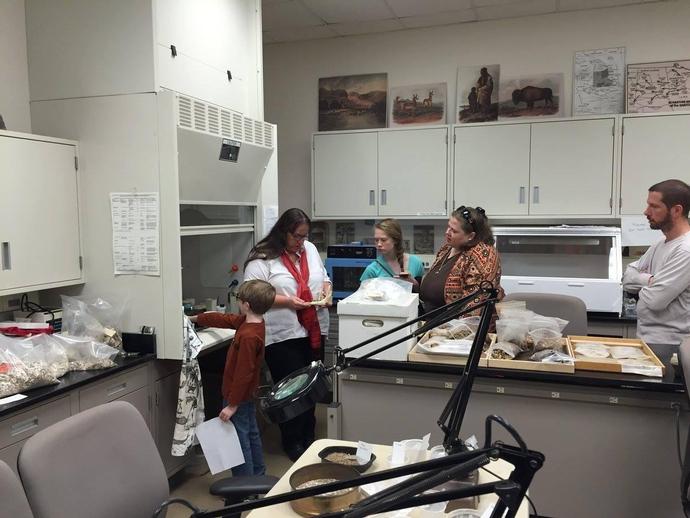 The museum hosted an open house for its members, donors and corporate supporters on Friday, November 4 from 5 p.m. to 8 p.m. Participants were able to talk with museum curators, as they showed off their labs and collections areas, while discussing the type of work they do on a daily basis.

Other highlights included being able to tour the museum's distance learning studio, where participants were able to have their photo taken in front of a green screen, with an image of Titanaboa, as well as a sneak-peak of the collections area where the museum's full-size skeleton of Stegosaurus is being worked on in preparation for its Dino Day festival unveiling July 21-22, 2017!

Of course, the museum's education center was also on the tour, where children could take part in a variety of activities, as well as everyone could handle some of the resident live animals, including a ball python!

Story time, a screening of "Walking with Dinosaurs" (complete with popcorn), and the opportunity to take a guided tour of the museum's utility rooms and areas rounded out the event.