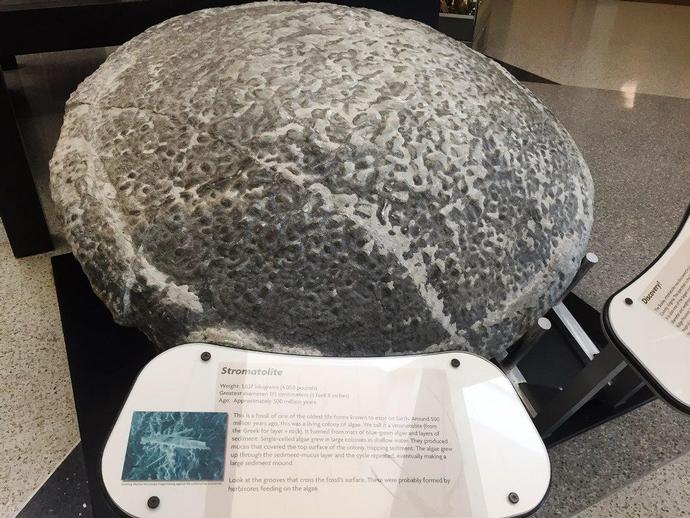 The museum's Hall of Ancient Life is home to a 500 million-year-old stromatolite (a mound produced in shallow water by mats of algae that trap mud and sand particles) discovered in 2008 at a nearby Boxley quarry. This specimen is the first-ever intact stromatolite head found in Virginia, and is one of the largest complete "heads" in the world, at over 5 feet in diameter and weighing over 2 tons. Stromatolites are among the earliest known life forms, and are important in helping scientists understand more about past environments. #FossilFriday