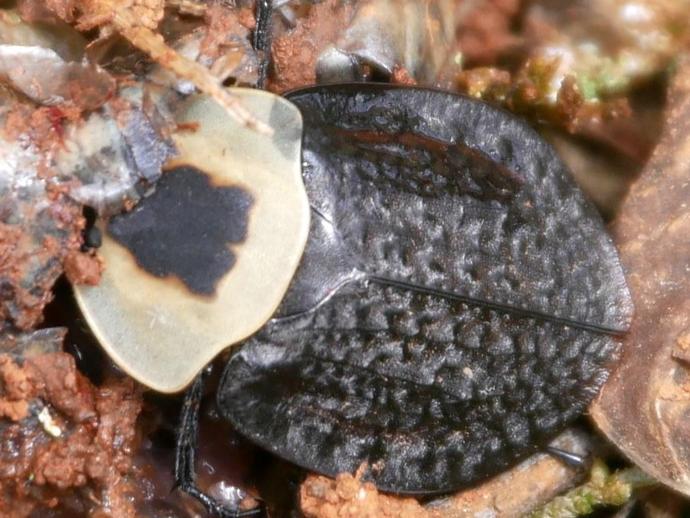 The other day, I found a skink in my yard that had met a mysterious and untimely end. While this was unfortunate, it did allow me to spot a beetle that I'd read about but never before seen in person: Necrophila americana, the American carrion beetle.

As you might imagine, these beetles eat dead animals (and fungi), and they also lay their eggs in dead critters, which then provide a tasty treat for the larvae once they hatch. The circle of life can be kind of gross, but it's a better alternative than having dead animals all over the place.

In addition, once these beetles find a suitable dead thing, they also eat fly larvae and the larvae of other types of carrion beetles before laying their eggs. This gives their eggs the advantage once they hatch. It's good parenting at its most disgusting!

According to an interesting article from the folks at the Mountain Lake Biological Station, it's believed that the distinctive shape and coloration of this beetle is an adaptation that evolved to mimic the cuckoo bumble bee Psithyrus ashtoni, which is likely a defensive mechanism to convince predators to leave it alone. The two species are often found in similar habitats, their ranges overlap, and they even have similar flight patterns! #BenInNature

This post brought to you by VMNH Corporate Supporter King's Grant Retirement Community.