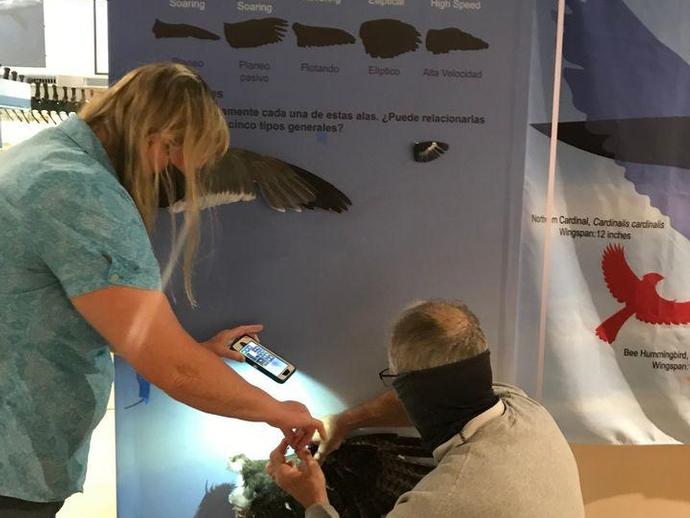 In these pics, Dr. Moncrief and Mr. Jones are placing a variety of bird wing specimens for display.

The original exhibit, which will be the first VMNH special exhibit to be offered in English and Spanish, will provide an in-depth look into the many different methods animals take to the air and how studying the animal kingdom provided the basis for humans' ability to take flight.

To celebrate opening day, the museum is hosting The Science of Flight Festival, featuring additional, one-day-only, flight-themed offerings, including live birds of prey!

Learn more at "The Science of Flight" Exhibit Opening Celebration!