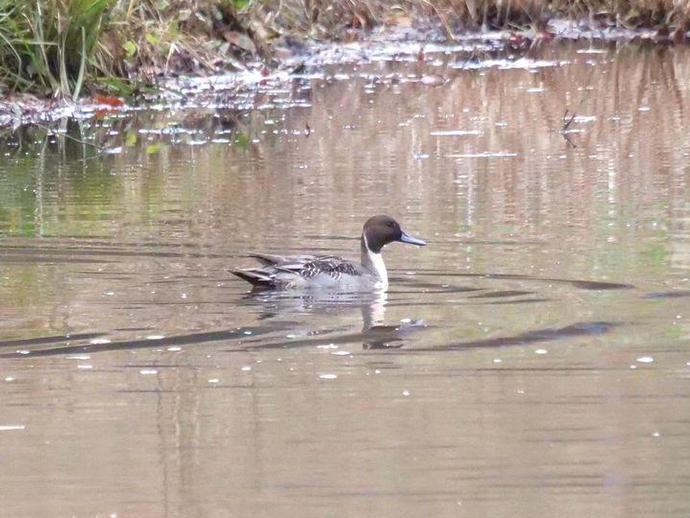 We're halfway through Duck Week here at #BenInNature, so I hope you're ready for more awesome ducks! This is the northern pintail (Anas acuta), and at one time, it was one of the most abundant ducks in North America!

Why the big drop in population? For whatever reason, pintails seem particularly susceptible to avian diseases. In 1997, it was estimated that 1.5 million water birds died from avian botulism during outbreaks in Canada and Utah, and the majority of those were northern pintails.

If you'd like to spot a northern pintail yourself, you might get lucky and see one at Lake Lanier in Martinsville like I did. These birds are strictly winter visitors to our region; during the rest of the year, they are mostly found in Canada.