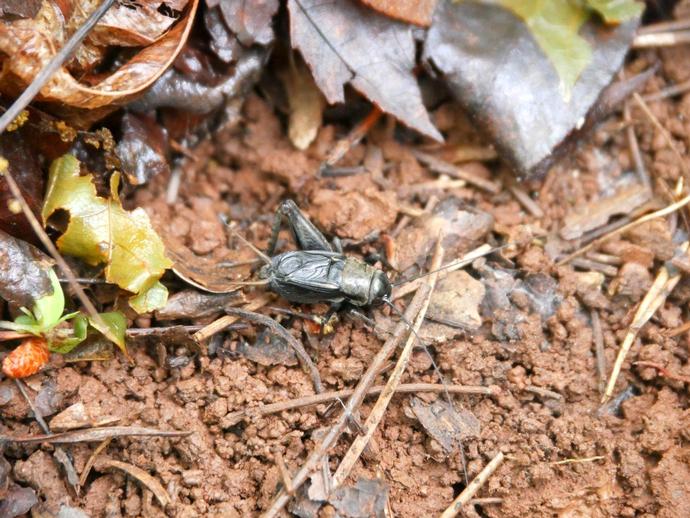 We're reaching into the archives for today's #BenInNature update presented by our friends at Carter Bank & Trust! The following post was originally published on May 9, 2020.

Did you know that you can use field crickets to tell the temperature? When a piece of information appears in both Scientific American and the Farmer's Almanac, you know it must be true!

Here's how to do it: When you hear a field cricket chirping outside one evening, go out and count the number of chirps it makes in 14 seconds. Write this number down, and then record the number of chirps in two more 14-second intervals. Add the three numbers together and then divide by three to get the average, and then add 40 to that number. The number you're left with should be pretty close to the temperature in Fahrenheit!

The reason this works is that crickets are cold-blooded so they take on the temperature of their environment. Their body temperature dictates the speed at which the chemical reactions that drive their muscles can occur. This is the same reason that bugs move more slowly on cold days; in fact, a lot of people who photograph insects pop them in the fridge before the photoshoot to make them easier to manage.

Contrary to what cartoons led us all to believe, crickets do not possess tiny adorable violins. Instead, they make their music through a process called "stridulation." In this photo, you'll notice that the cricket has little ridges on top of its wings; these are known as "scrapers." When male crickets chirp, they raise their wings at a 45 degree angle and draw the scraper of one wing across the ridges on the underside of the other wing. Here's a video that makes it a little clearer: https://www.youtube.com/watch?v=CQFEY9RIRJA

This particular cricket is most likely Gryllus veletis, commonly known as the spring field cricket. There are numerous species of field cricket within the subfamily Gryllinae and many of them look extremely similar. In fact, it's often easier to identify a cricket based on its song than based on its appearance! You'll also note that this cricket is missing a leg, possibly due to a run-in with a predator. Toads, salamanders, wolf spiders and many birds all find crickets to be a tasty snack.

ABOUT #BenInNature
Social distancing can be difficult, but it presents a great opportunity to become reacquainted with nature. In this series of posts, Administrator of Science Ben Williams ventures outdoors to record a snapshot of the unique sights that can be found in the natural world. New updates are posted Monday - Friday, with previous posts highlighted on the weekends. This series of posts is made possible thanks to the support of VMNH Corporate Partner Carter Bank & Trust.

Saturday: 9am - 5pm
Closed all other days