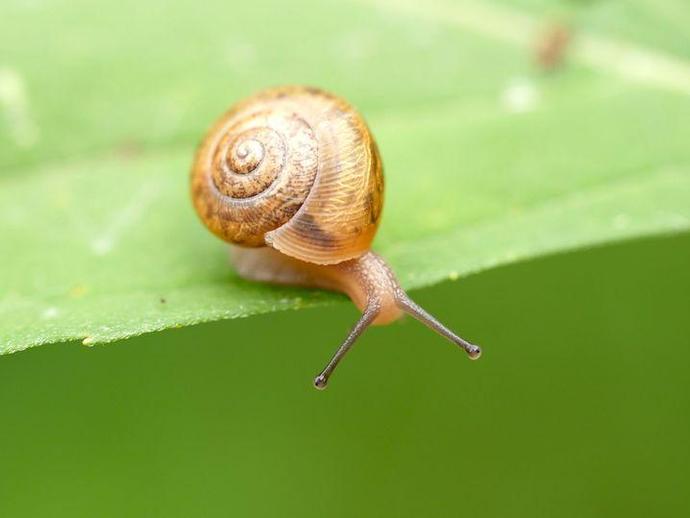 We're reaching into the archives for today's #BenInNature update presented by our friends at Carter Bank & Trust! The following post was originally published on October 5, 2020.

As fascinating as they are surprisingly delicious, there are more than 35,000 different species of land snail and they can be found on every continent except Antarctica!

The defining feature of a land snail is its shell, which provides a number of benefits and a couple of drawbacks. Shells keep snails moist and protect them from predators, but they also limit their mobility and size. Aquatic snails don't have those same problems since they can rely on buoyancy to help them haul their shells around. While the largest sea snail (Syrinx aruanus, the Australian trumpet snail) can grow to as much as three feet long, the largest land snail (Achatina achatina, the African giant snail) tops out at around seven inches.

Some interesting facts about snail shells: in almost all species, they grow in a clockwise direction from the center of the spiral to the aperture! While there are species that grow their shells in a counter-clockwise direction, they're definitely in the minority. The shells are mostly comprised of calcium carbonate, which means it's very important for snails to get calcium in their diets. If they don't get enough calcium, they grow thin shells that are prone to cracking.

While many aquatic snails have a structure known as an "operculum" that serves as a little trap door they can use to close themselves up inside their shell, land snails don't have operculums. Some seal up their shell with mucous, others cover the opening with part of their foot, and still others can't even fit inside their own shells!

Believe it or not, snails are actually pretty smart considering the size of their brains. While a snail brain isn't much more than nerve cells and ganglia, studies have shown that they are capable of forming long-term memories and may display signs of associative learning (the principle that experiences or observations can be mentally linked to one another). While you probably won't find a snail sitting next to you while you're taking a calculus test, it's still pretty impressive for a tiny mollusc!