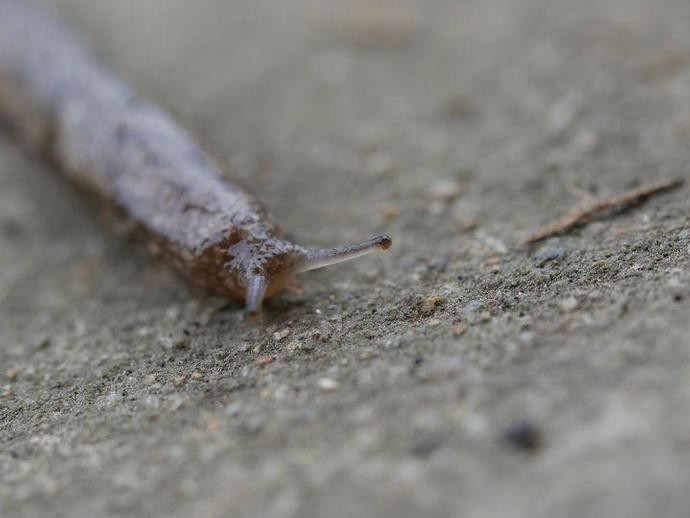 We're reaching into the archives for today's #BenInNature update presented by our friends at Carter Bank & Trust! The following post was originally published on October 6, 2020.

Yesterday we looked at snails, so it seems fitting that we follow that up by looking at slugs! While people tend to think snails are cute, people generally find slugs kind of revolting. Case in point: while there is a hilarious 1988 horror movie called "Slugs" about bloodthirsty killer slugs, the only movie about snails I'm familiar with is 2013's "Turbo," which is about a plucky snail who believes in himself and follows his dreams. It seems kind of unfair when you consider that the main tangible difference between the two molluscs is a shell -- and believe it or not, most slugs have a shell as well, only they keep it inside their body!

In most species of slug, there is a small vestigial shell inside the body which serves as storage for calcium salts. However, this internal shell doesn't provide the same benefits it provides snails; namely, protection from predators and desiccation. To avoid drying out, slugs produce two kinds of mucus: a thick mucus that coats their bodies, and a thin mucus produced by their "foot." Like snails, slugs move around by contracting their foot in rhythmic waves, and the mucus helps protect the soft tissues of the foot from damage. The thin mucus has an added benefit: if you're a slug and encounter a mucus trail from the same species, you've got a breadcrumb trail to a potential mate!

Slugs are preyed upon by a wide variety of critters, but despite their lack of a shell, they aren't completely defenseless. When a slug is attacked, it contracts its body, which not only makes its body harder and more compact but also firmly affixes it to whatever surface it's attached to. This makes it harder for predators to pluck the slug up and eat it, and the unpleasant taste of the slug's mucus can convince predators that the reward isn't worth the effort.

While we don't have them in Virginia, my favorite slug is the banana slug (members of the genus Ariolimax). These slugs are mainly found in the Pacific Northwest; they're often bright yellow and they can grow to nearly ten inches in length! I saw a couple when I visited Washington state some years ago, and the locals told me there is nothing in the world more horrifying than walking through your yard barefoot and stepping on a banana slug. I'm guessing it doesn't exactly make the slug's day, either.