The Taylorsville Basin Triassic Project (TBTP) is a VMNH-led initiative to excavate, conserve, and interpret fossils from the earliest days of the Age of Dinosaurs in the Taylorsville Basin of central Virginia. Its primary focus is a series of fossil-bearing deposits along a stream in the town of Ashland in Hanover County. The TBTP partners with local landowners, amateur paleontologists, and VMNH volunteers to uncover this lost world of Virginia's natural history and, potentially, the first dinosaur bones ever recovered in Virginia. 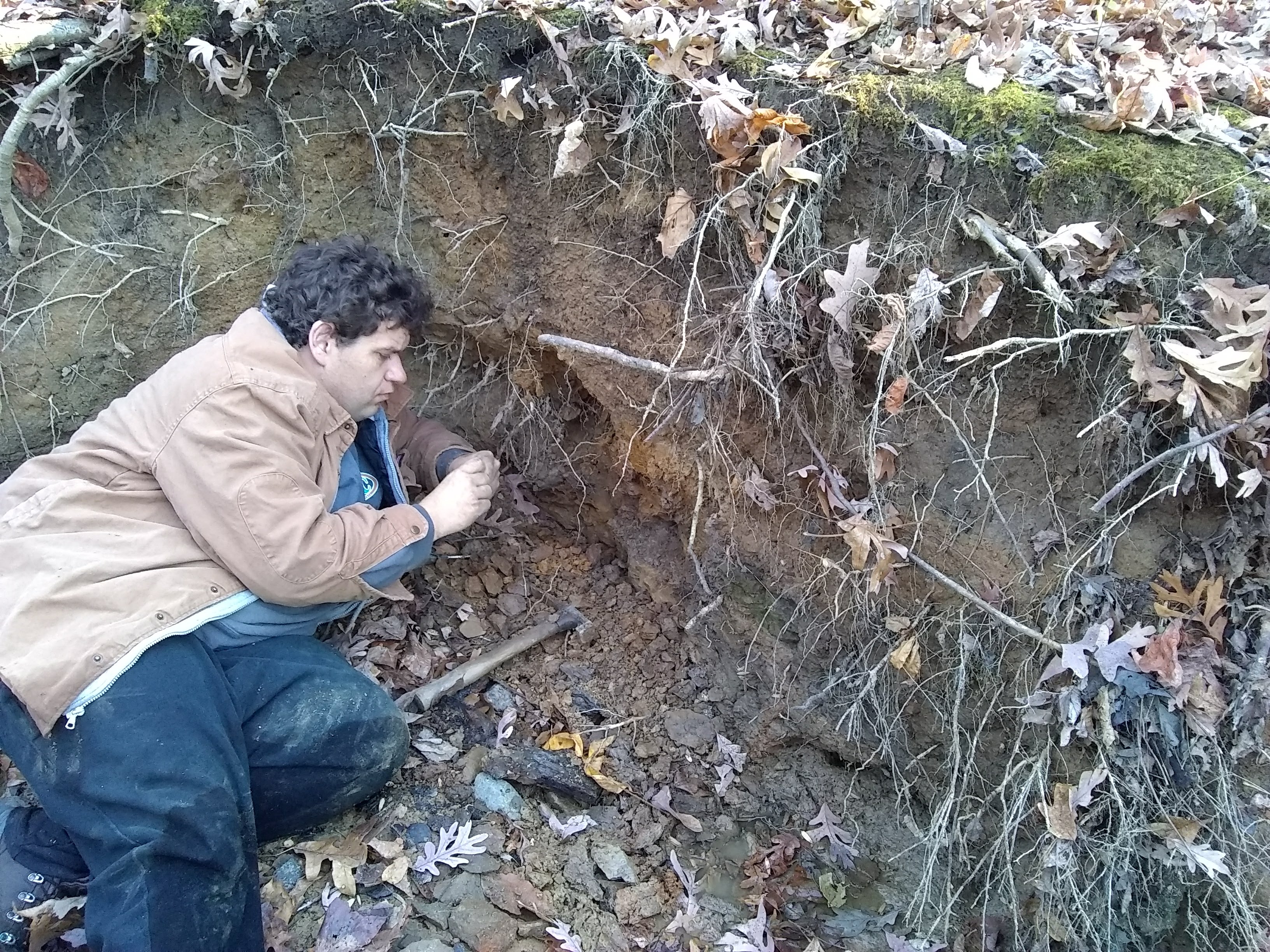 The Taylorsville Basin preserves rock from the Triassic Period, the first stage of the Age of Reptiles. In this time, the early relatives of lizards, crocodiles, and dinosaurs first appear in the fossil record during a period of great global change. Fossil sites from this time are incredibly rare in the eastern United States. The TBTP represents a spectacular opportunity to reveal more about this crucial time in Earth's history through the Virginian fossil record. 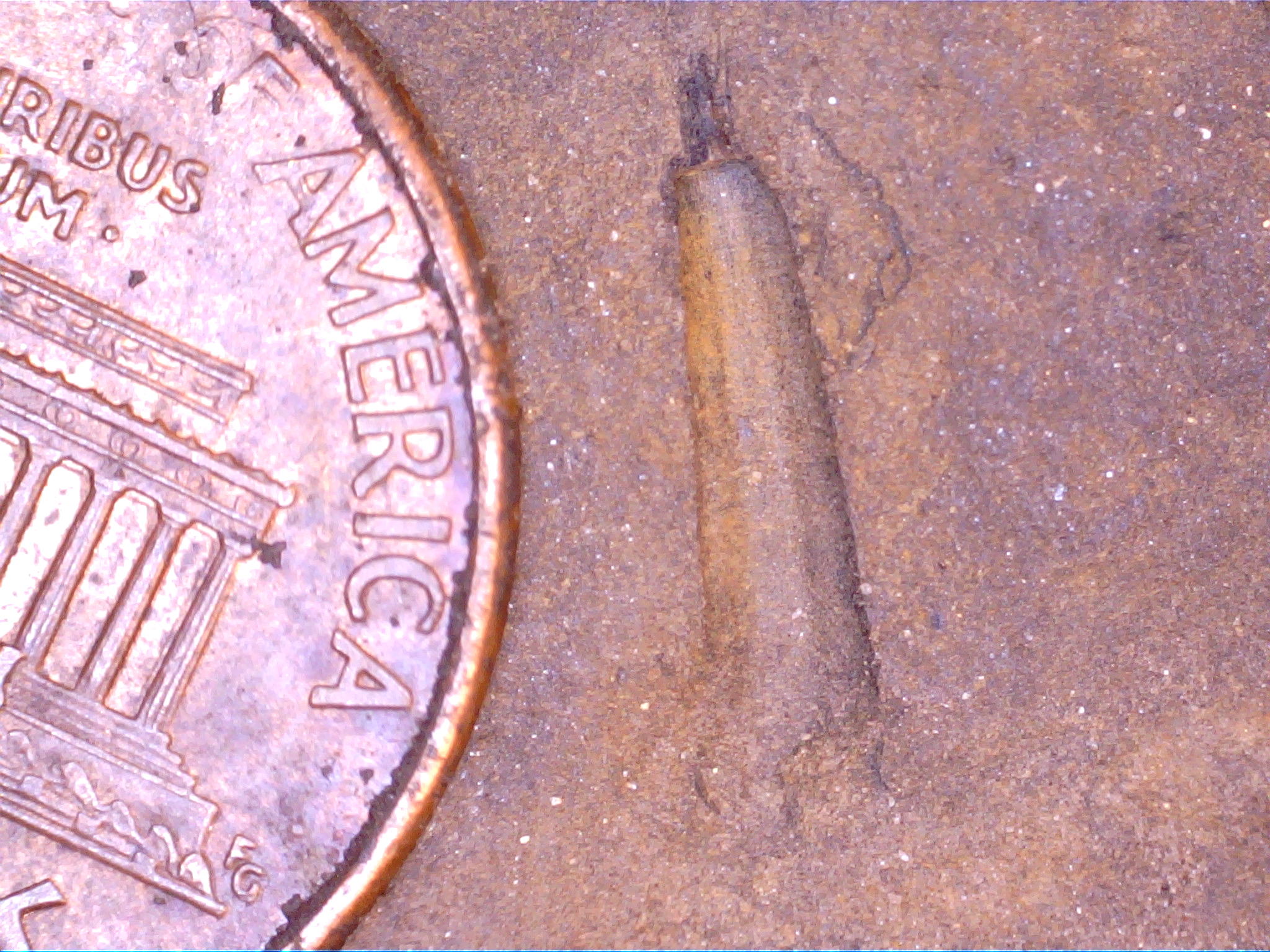 Although very small, fossils like this tooth reveal that strange, crocodile-like reptiles lived in Virginia over 225 million years ago.

Field trips to the site began in 2020, led by VMNH curator Adam Pritchard and amateur paleontologist Michael Stevens. Expeditions involve prospecting, or searching for isolated fossils in the stream or on the stream banks, and excavations by hand tools of fossil-bearing rock layers. Thus far, the site has produced a partial skeleton of an unknown reptile, the sharp teeth of crocodile-like reptiles, dozens of fish skeletons, and many fossil ferns and leaves.

We enjoy our visits and outings "field trips" with the museum. The staff is always friendly and we are always learn...