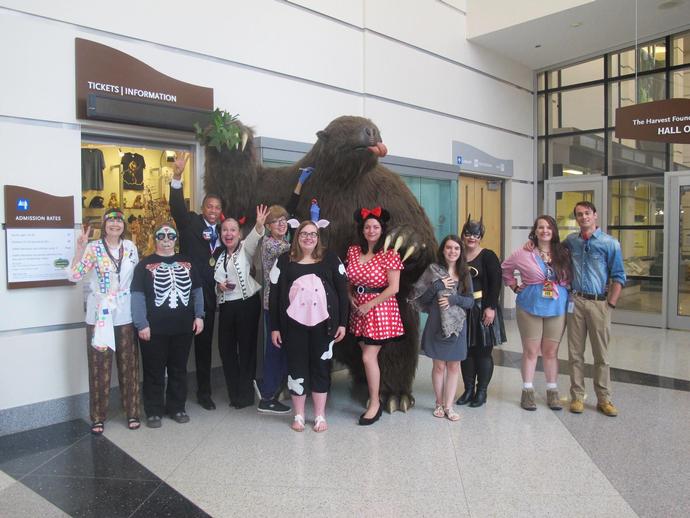 Happy Halloween from the VMNH staff!

Happy Halloween from the VMNH staff!

Dr. Alex Hastings, assistant curator of paleontology, will be featured in the upcoming PBS documentary "Secrets of the Dead: Graveyard of the Giant Beasts", premiering on November 2 at 10 p.m. (check local listings). Titanoboa, a 43-foot long snake that weighed over 2,500 pounds, was thought to be the biggest, strongest megabeast during the Paleocene epoch of approximately 60 million years ago. However, giant crocodilians discovered in Colombia have challenged its status as the alpha predator. This documentary delves into this period of giant beasts and attempts to identify which one was truly the apex predator of its time. 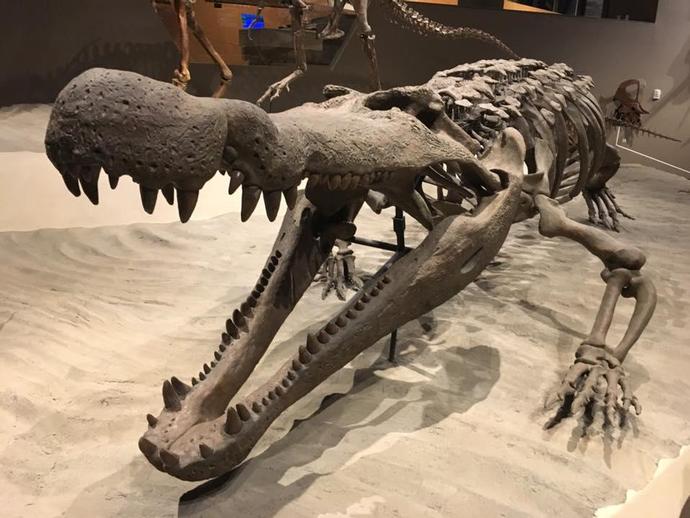 Reception at the Natural History Museum of Utah at the 2016 Society of Vertebrate Paleontology ...

Reception at the Natural History Museum of Utah at the 2016 Society of Vertebrate Paleontology meeting. Great place! #2016svp 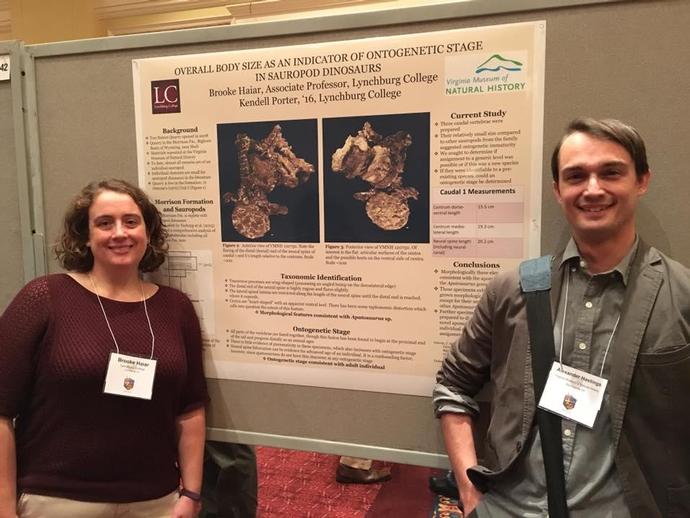 Dr. Alex Hastings (VMNH paleo curator) is at the meeting for the Society of Vertebrate Paleontology in Salt Lake City. Lots of great science and meeting up with former VMNH curator Dr. Dooley and Research Associate Brooke Haiar. #svp2016 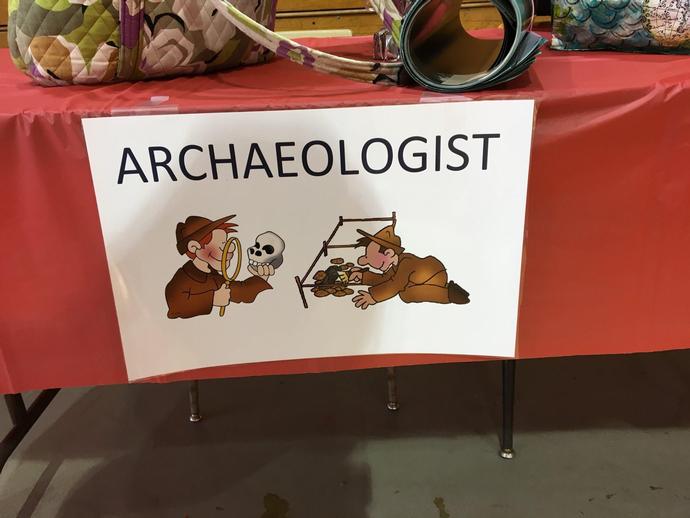 Dr. Elizabeth Moore, VMNH Curator of Archaeology, spoke about careers in archaeology today at the Martinsville Middle School AVID Career Fair. Over 570 students in grades 5-8 attended the fair and learned about an assortment of careers. The kids were great.

VMNH Members, donors and employees of Corporate Partners are invited to an Open House on Friday, November 4 from 5 to 8 p.m. at the museum. Please RSVP by Nov. 2 to 276-634-4162 or charlotte.harter@vmnh.virginia.gov. Interested in becoming a VMNH Member? Educator Memberships start at $15/year, and Family Memberships are only $55/year with discounts for seniors 60+. Visit https://www.vmnh.net/membership/new to learn more. NOTE: this is an Open House for ALL supporters, so even a Discovery Fund donation at the door for what you would regularly pay in admission qualifies you as a donor! 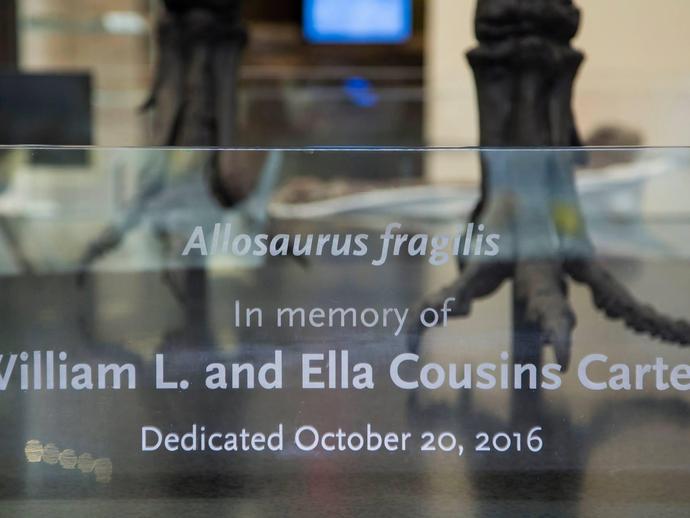 As long-time supporters of the Virginia Museum of Natural History ...

As long-time supporters of the Virginia Museum of Natural History, William and Ella Cousins Carter valued the museum and its scientific research and education programs, particularly the paleontology programs. To solidify their long-term support of the museum, Mr. and Mrs. Carter generously designated a gift of $220,664 in their estate to benefit the museum's endowment. To honor this gift, the museum recently hosted a reception for friends of the Carters to officially name the Allosaurus exhibit in their memory. "We are truly humbled by this generous estate gift designated by Mr. and Mrs. Carter," said Dr. Joe B. Keiper, executive director of VMNH. "Estate gifts and other planned gifts like this go towards our endowment, ... 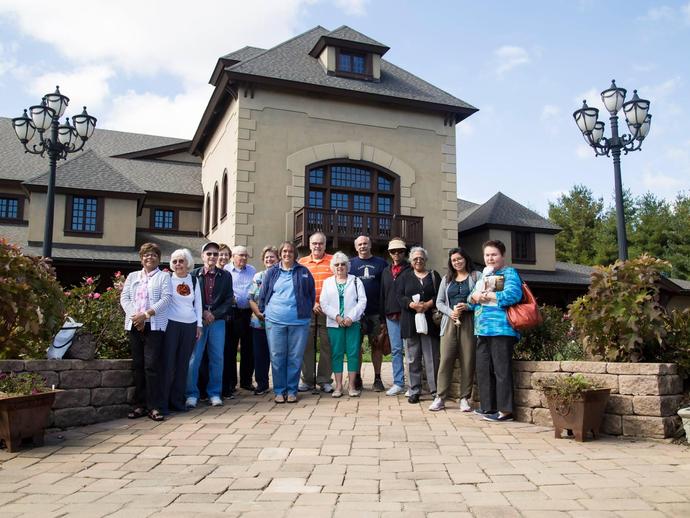 The best volunteers in the world were treated to a trip to the Blue Ridge Mountains!

The best volunteers in the world were treated to a trip to the Blue Ridge Mountains! 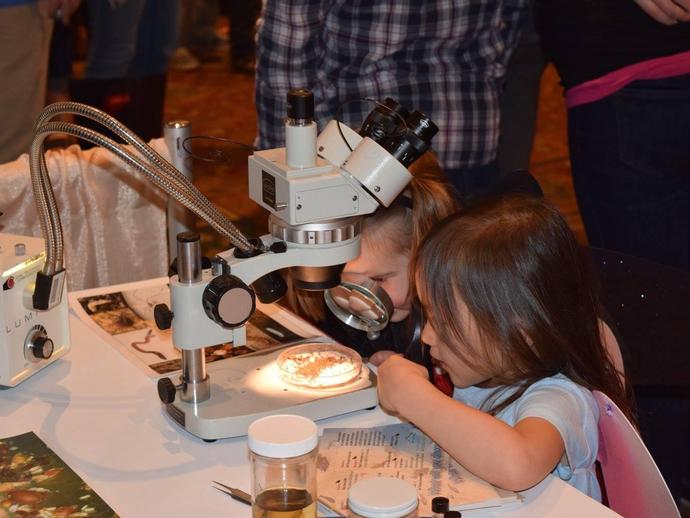 Dr. Joe Keiper, executive director of VMNH, Dr. Kal Ivanov, assistant curator of recent invertebrates at VMNH, and Liberty Hightower, VMNH research technician, were at Virginia Tech on Saturday, October 15, celebrating the Sixth Annual Hokie BugFest. This is the largest Virginia festival entirely focused on invertebrates and the joy and excitement of entomology. The museum's display focused on the incredibly diverse and important - but little known - creatures inhabiting the soil and leaf-litter layers of our forests. Participants had a blast examining the great variety of live and preserved specimens from the museum's invertebrate collection. We appreciate Virginia Tech for hosting such a wonderful event and letting us ... 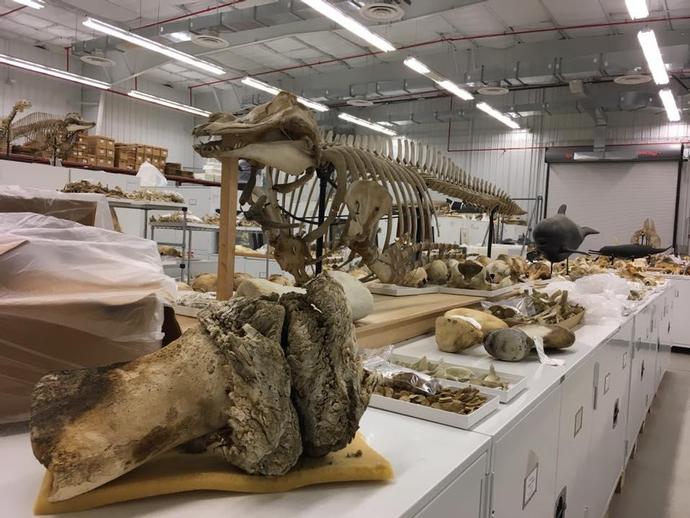 Today is International Archaeology Day. Visit the Archaeological Institute of America's event page to see what events are in your area today or later this month. Don't miss the VMNH Archaeology Open House on October 22nd from 10:00 AM-2:00 PM. https://www.archaeological.org/archaeologyday/events 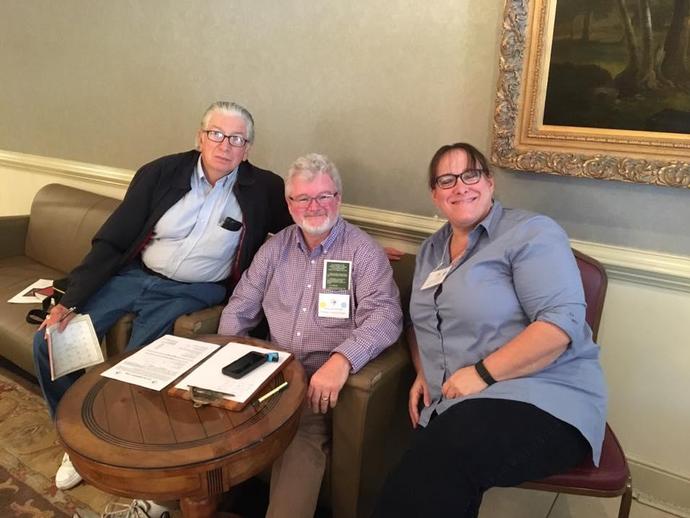 Dr. Elizabeth Moore, VMNH Curator of Archaeology, is attending the Annual Meetings of the Archeological Society of Virginia in Williamsburg. The meeting rooms are at capacity with standing room only. Lots of great archaeology going on around the state. 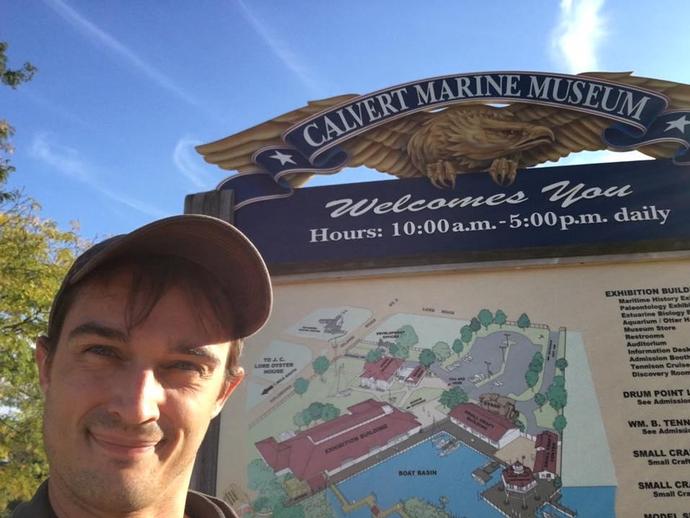 Earlier today, VMNH paleontologist Dr. Alex Hastings visited the fossil collections at the Calvert Marine Museum in Maryland. Many of the same fossil sharks and whales of Virginia are found there too. Tomorrow it's on to the world class Smithsonian whale collection! 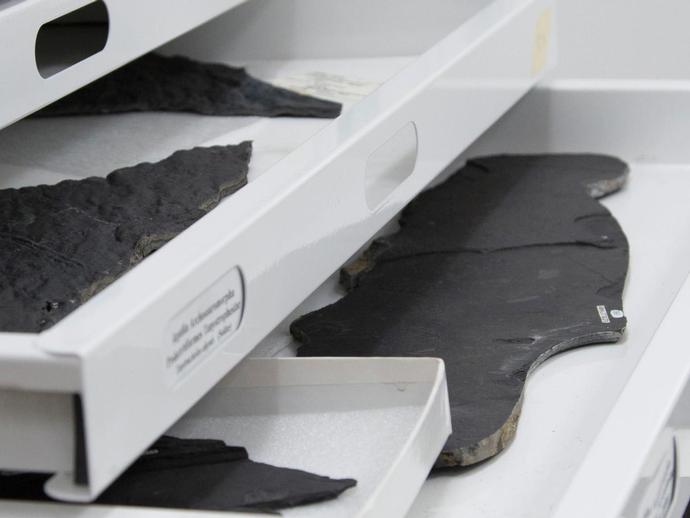 Don't miss this fascinating presentation by Dr. Nancy Moncrief this evening from 6 to 7 p.m. at VMNH. FREE admission is made possible by generous donations of all amounts to the VMNH Foundation Discovery Fund https://www.vmnh.net/forms/donate. 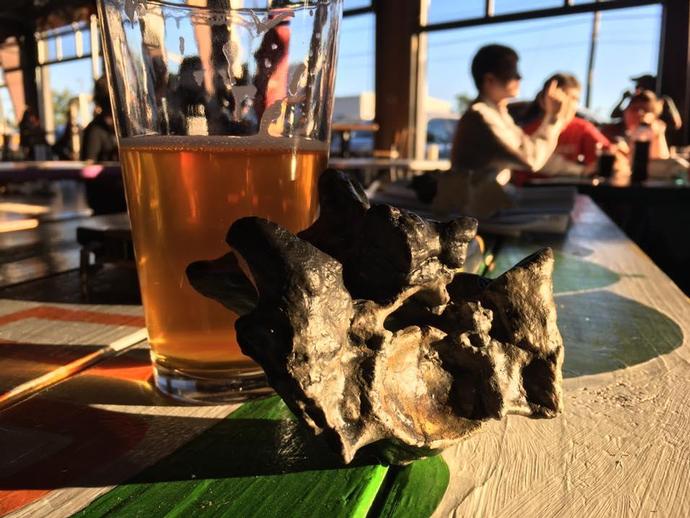 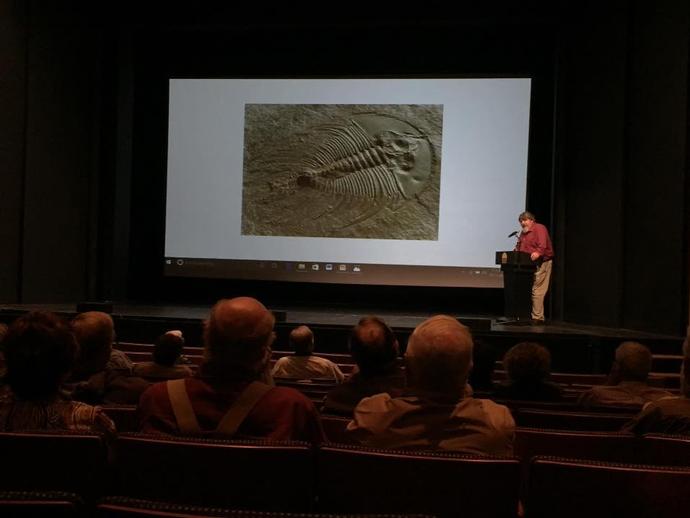 Dr. Beard is presenting information about Shenandoah Valley geology at the Wayne Theatre in Waynesboro. 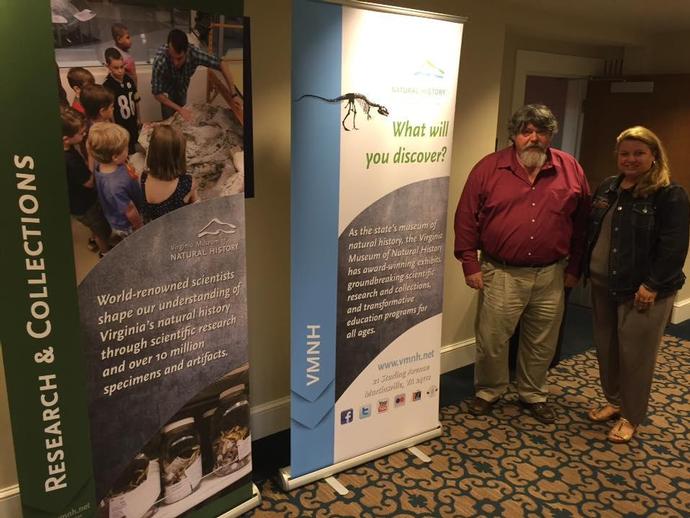 Dr. Jim Beard, director of research & collections and curator of earth sciences at #VMNH is presenting a science talk highlighting Shenandoah Valley geology at the Wayne Theatre in Waynesboro. Pictured at right is Tracy Straight, Executive Director of the Wayne Theatre. 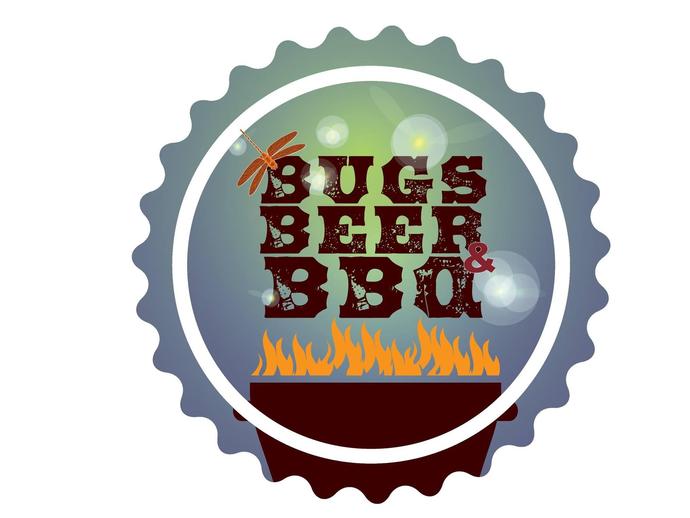 Rain did not stop the festivities!

Rain did not stop the festivities! 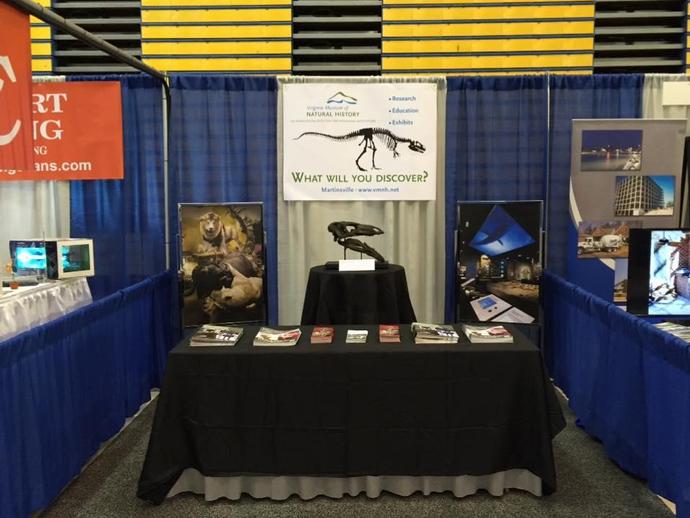 VMNH Deputy Director Ryan Barber ready to share information about #VMNH and it's many exhibits ...

VMNH Deputy Director Ryan Barber ready to share information about #VMNH and it's many exhibits and programs at the Danville-Pittsylvania County Chamber's Southside Showbiz trade show.

The VMNH fossil crew teamed up with App State & Virginia Tech to brave the rain and excavate at ...

The VMNH fossil crew teamed up with App State & Virginia Tech to brave the rain and excavate at the Triassic Solite fossil site. Despite the weather we got fossil reptiles, fish, plants and lots of insect bed, all from 225 million years ago! 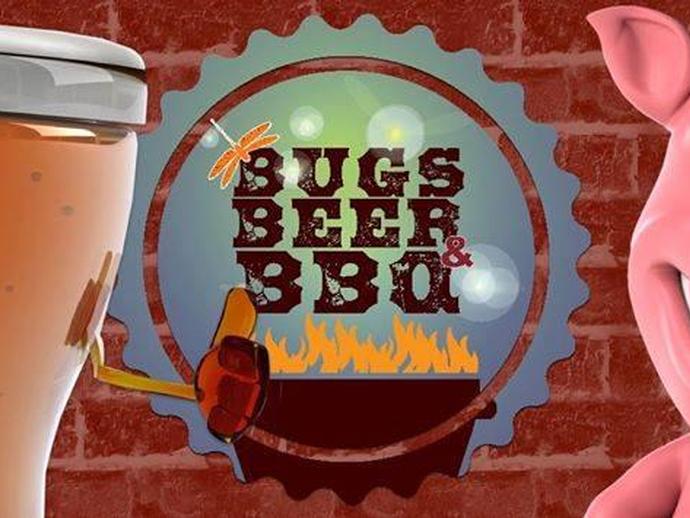 Rain or shine, tomorrow's Bugs, Beer & BBQ is a go!

Rain or shine, tomorrow's Bugs, Beer & BBQ is a go! If it's raining, all activities will take place inside. The event takes place from 5 to 9 p.m. and features a barbecue plate dinner provided by the nationally acclaimed Checkered Pig BBQ & Ribs, beer, tequila, cornhole tournaments, live rock and blues music, and even live animals...because it's not really a party until the alpacas arrive! Tickets are only $25 at the door! Tickets also grant you access to all of the museum's exhibit galleries. Attendees must be 18 or older. We hope to see you there! Learn more at www.vmnh.net/bugs-beer-bbq. 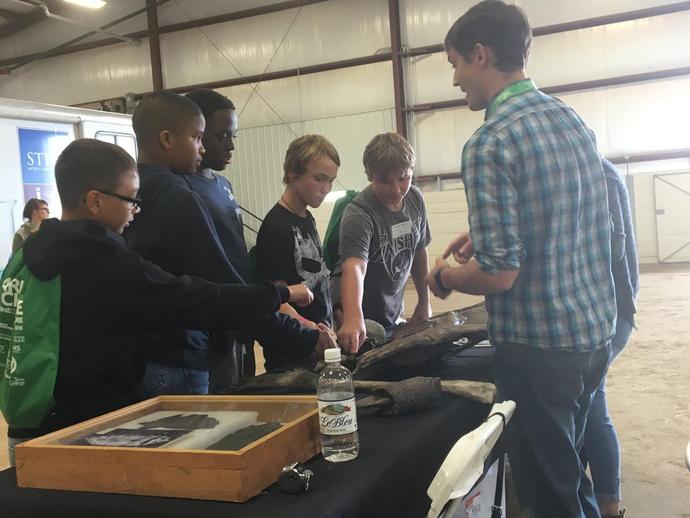 Day 1 of #sovacareerexpo. Students from across the region are learning about careers in science.

The museum is constantly sharing our specimens and exhibit displays with other museum's ...

The museum is constantly sharing our specimens and exhibit displays with other museum's throughout the country. Our Herrarasaurus skull is currently at the Boonshoft Museum in Dayton, Ohio, where it will be displayed in the new exhibit "Dinos to Dodos". The skull was featured in a promo for the exhibit opening during a news segment on Dayton's WDTN TV. 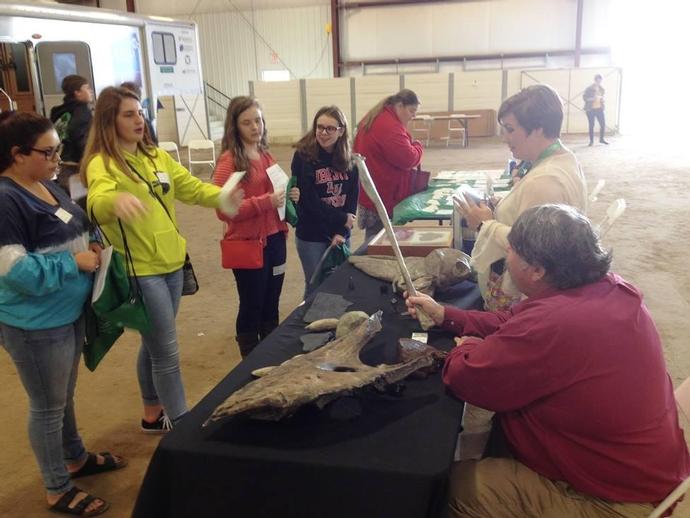 Day 2 of #sovacareerexpo. Students from across the region are learning about careers in science. 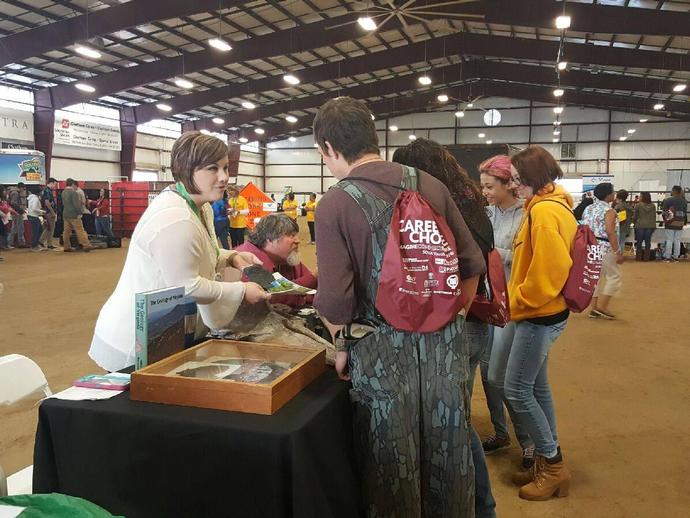 Krystal Davis (left), Jim Beard (sitting) and other members of the museum's research and collections crew is in Chatham, Virginia today for Career Choice! The event is designed to provide students with hands-on activities by inspirational adults to ignite students' imaginations to unlimited career opportunities in southern Virginia. The museum is looking to inspire the next generation of VMNH scientists! #sovacareerexpo

Bugs, Beer & BBQ is coming up on Saturday, October 8

Bugs, Beer & BBQ is coming up on Saturday, October 8. Tickets are still available at the museum box office or online at http://www.vmnh.net/products/details/id/115/catid/76/bugs,-beer-bbq. We hope to see you there!