Thank you for your support of the VMNH Foundation Discovery Fund in 2015-2016! 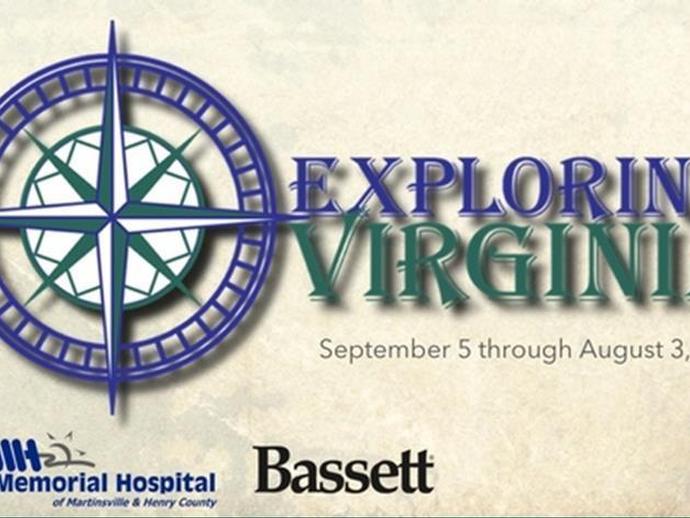 Don't miss the public opening of the "Exploring Virginia" exhibit on September 5 at the Virginia ...

Don't miss the public opening of the "Exploring Virginia" exhibit on September 5 at the Virginia Museum of Natural History! (we will host an opening reception for VMNH Members on Friday, September 4 from 5:30 to 7 p.m. To learn about VMNH Membership and to join today, please visit https://www.vmnh.net/membership/new.) Thank you for your support!

We are deeply saddened today to learn of the deaths of Alison Parker and Adam Ward. Our condolences go out to their families and friends, as well as their colleagues at WDBJ7. We would also like to send our thoughts and best wishes to Vicki Gardner, her family and friends, and her colleagues at the Smith Mountain Lake Regional Chamber of Commerce. 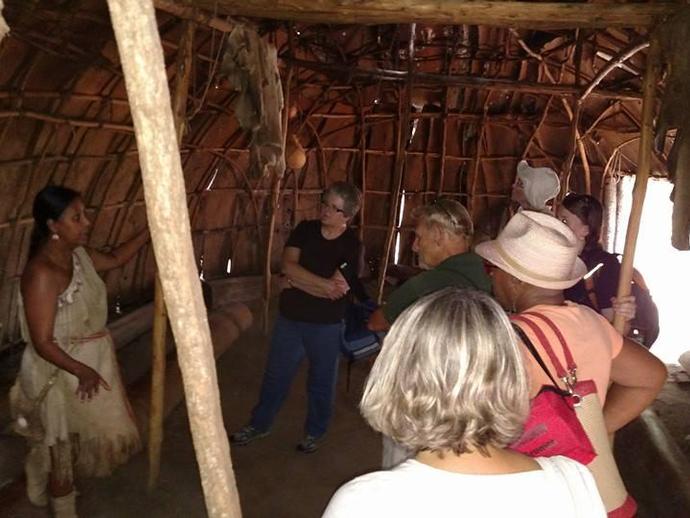 At the Monacan Indian interpretive village

At the Monacan Indian interpretive village. 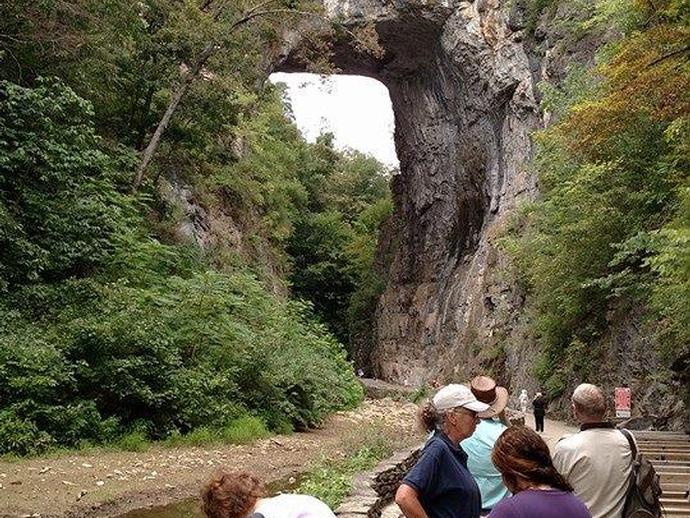 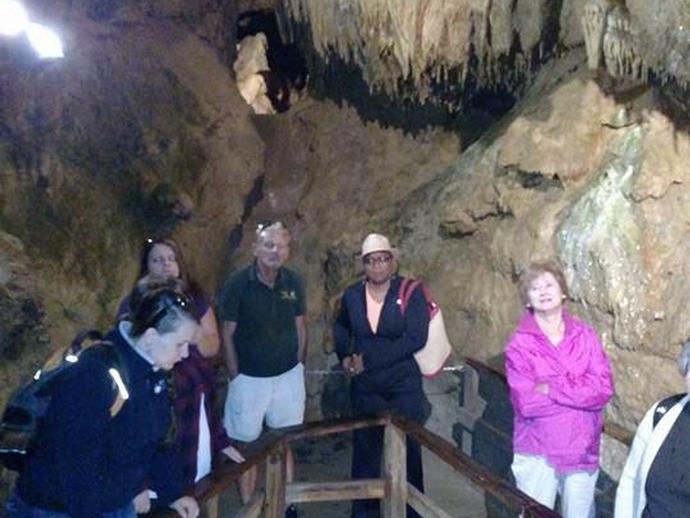 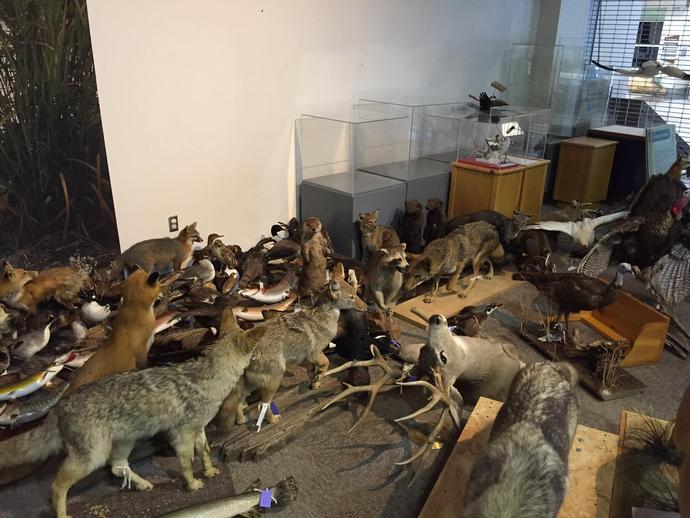 Some of our furry friends are patiently waiting to be installed in the special exhibit ...

Some of our furry friends are patiently waiting to be installed in the special exhibit, "Exploring Virginia", set to open Saturday, September 5! During the 17th century, explorers from England, Spain, France, and Portugal sought to explore the "New World" now known as the Americas. "Glory, God, and gold" drove men of religion, men of business, and men with ambition to map new lands, learn about natural resources, and make contact with native peoples. Today, archaeologists study the past by excavating sites and interpreting the things that people have left behind. Through a variety of hands-on activities and a plethora of stunning visuals, "Exploring Virginia" tells the story of Virginia like you've never heard it before!

We have a variety of upcoming events ...

We have a variety of upcoming events, from exhibit openings and festivals to fascinating presentations by VMNH scientists and visiting experts. We hope to see you at the museum! #VMNH #WhatWillYouDiscover?

The Virginia Museum of Natural History is taking part in Smithsonian Museum Day 2015!

The Virginia Museum of Natural History is taking part in Smithsonian Museum Day 2015! Visit VMNH and other museums nationwide free of charge with a Museum Day Ticket now available for download at http://www.smithsonianmag.com/.../virginia-museum-of-natural.../! Be sure to check out VMNH and other great museums, science centers and historical centers. #VMNH #WhatWillYouDiscover

Don't miss the Virginia Museum of Natural History's 2015-2016 2nd Thursday Science Talks beginning September 10. This year's theme is "Cosmology to Conservation: Your world and your place in it." The presentations are free thanks to generous donations to the VMNH Foundation Discovery Fund https://www.vmnh.net/forms/donate, and all programs are held from 6 to 7 p.m. at the museum. We hope to see you there! #WhatWillYouDiscover #VMNH 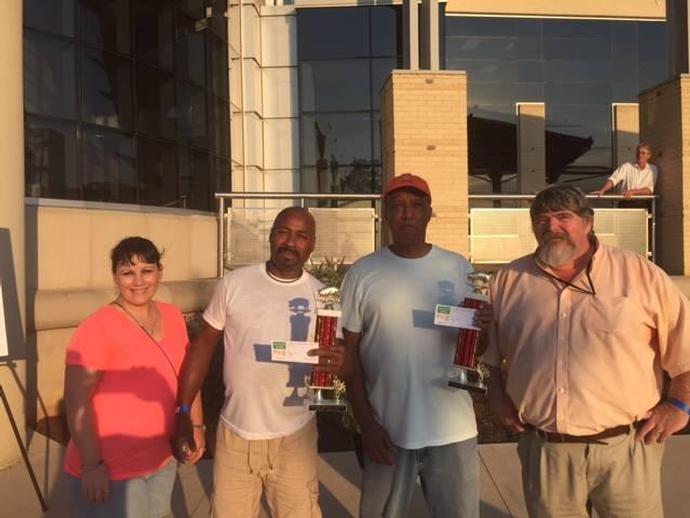 The museum hosted a cornhole tournament as part of its first ever "Bugs ...

The museum hosted a cornhole tournament as part of its first ever "Bugs, Beer & BBQ" fundraising event held Friday, August 14 at the museum. Trophies were handed out to the top 3 teams. 1st Place: James Moore and Vick Millner 2nd Place: Jay Blair and Melissa Blair 3rd Place: Mitch Vaughn and Rachel Parks We greatly appreciate all the teams that participated in the tournament and everyone in attendance for making the inaugural event a huge success! 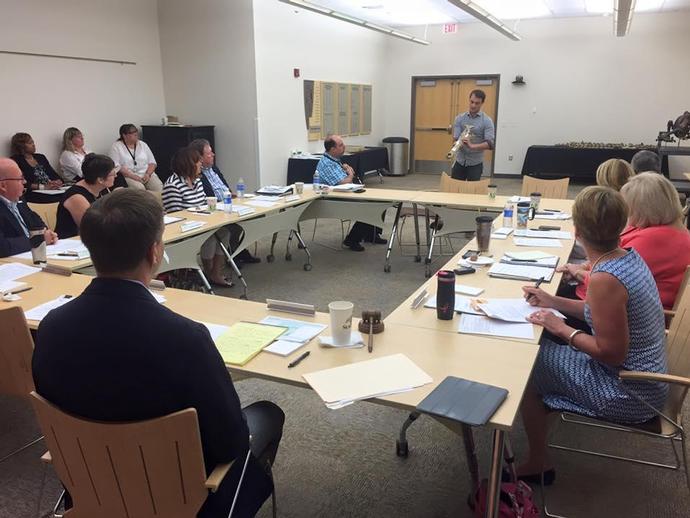 Dr. Alex Hastings, assistant curator of vertebrate paleontology, shows fossils from an extinct crocodile to the VMNH Board of Trustees during the board's quarterly meeting.

Just because summer camps are over, doesn't mean you can't start thinking about next year!

Just because summer camps are over, doesn't mean you can't start thinking about next year! Here is a short overview of the 2015 summer camps that were offered. See you next year! #WhatWillYouDiscover?

Reminder: The Science Saturdays program for August 8 will take place at the Smith River Sports ...

Reminder: The Science Saturdays program for August 8 will take place at the Smith River Sports Complex as part of the Smith River Fest from 9 a.m. to 5 p.m.! Admission and parking are FREE and it's only a short, 10 minute drive from the museum! Ride the river, enter the Blue Ridge Duck Race, browse vendors and challenge yourself in the Helgramite Hustle 5K Mud Run. The event features everything from bounce houses to climbing walls to a petting zoo and pony rides! Please, click the link for a full list of activities. The Science Saturday program will feature a variety of artifacts from the museum's collections, artifact identification (bring your own artifacts to have identified!), and even flintknapping demonstrations! ... 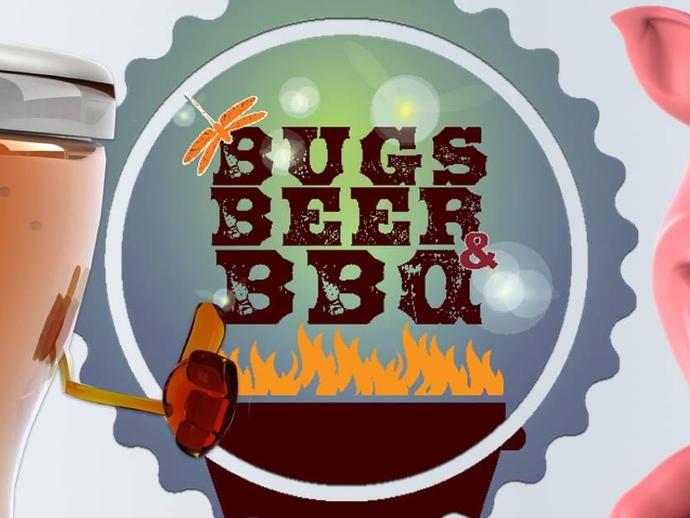 Join us on Friday, August 14 for the inaugural Bugs, Beer & BBQ cookout!

Join us on Friday, August 14 for the inaugural Bugs, Beer & BBQ cookout! The event features a full barbecue dinner, a variety of beers, and live music by regional favorite Tenured Soul! Ticket holders can also compete for trophies and prizes during the Bugs, Beer & BBQ Cornhole Tournament! Tickets are only $20 in advance and $25 at the door. All proceeds support the museum's educational programs, research endeavors, and exhibits. Purchase your tickets today at http://www.vmnh.net/bugs-beer-bbq or call 276-634-4162. We hope to see you there! 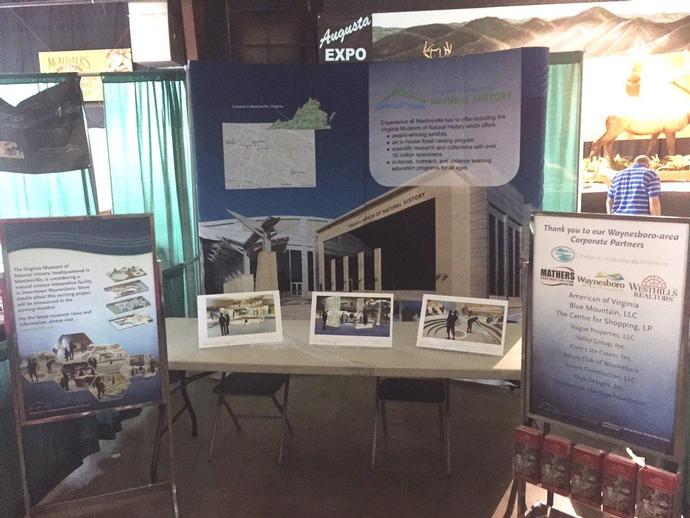 The Virginia Museum of Natural History is taking part in this week's Augusta County Fair in ...

The Virginia Museum of Natural History is taking part in this week's Augusta County Fair in Fishersville, VA. Visitors can learn more about the museum and its many programs and activities!

In our last #SincerelyBigAl (for now!

In our last #SincerelyBigAl (for now!), we have the exit interviews of our two marketing interns, Eddie Bowman and Jessica Hubbard! They accomplished amazing work and we are so proud of them. We wish you two the best in your future endeavors. Take a look to see how their experiences interning here at VMNH were. Who knows, maybe this could be you next summer! #WhatWillYouDiscover?